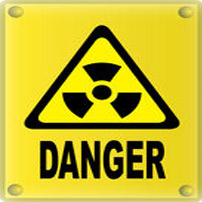 Workers under the age of 18 may be at increased risk of toxic chemical exposure if the U.S. Environmental Protection Agency (EPA) succeeds in changing the Agricultural Worker Protection Standard and the Certification of Pesticide Applicators Rule, regulations designed to keep underage workers safe. The EPA filed notices of intent to change or eliminate the rules despite warnings from medical experts.

The Obama administration adopted one of the rules in 2015, after doctors lobbied for more protections for underage farmworkers. Medical experts cautioned against allowing children to handle certain pesticides because of their associated risk of cancer or effects on brain development. The EPA lists thousands of “restricted use” products that are too toxic for public use such as arsenic, methyl bromide and sodium cyanide. Restricted use pesticides are used only on commercial farms and are not available for sale to the public due to their extremely high levels of toxicity.

The EPA has proposed changes to this rule as well the to the rule that prohibits minors from getting the necessary certifications to dispense toxic pesticides. This is cause for concern because children are disproportionately harmed by contaminants. The Centers for Disease Control and Prevention (CDC) explains that children’s organ systems are still developing, making them more susceptible to pollutants than adults whose organ systems are already developed. Pollutants can have serious, long-lasting consequences for children and can even hinder or change their development.

The CDC cites lead as an example of how children are affected differently than adults. Lead does have detrimental effects on adults’ nervous systems, though its effects are extremely pronounced even in small amounts when it comes to children’s intellectual development. The American Academy of Pediatrics also listed several concerns with underage children handling pesticides, including the dangers posed to their brains and reproductive systems.

Despite these warnings, the EPA has placed two notices of proposed rulemaking in the federal register. The agency stated that it was reviewing the regulations as part of the President’s Regulatory Reform Agenda, which encourages critical review of rules that may need to be repealed, modified or replaced. A former EPA official believes that this is not one of the rules that should be amended or eliminated. He states that there is a strong likelihood that more people will get sick once these changes go into effect.

Critics of the proposed change also point out that many for-hire farmworker employees are migrants who do not speak English and are not yet mature enough to make informed decisions about handling dangerous pesticides. They are also more likely to mishandle them and as the former EPA worker stated, sometimes even a teaspoon can be deadly. The proposed changes to the regulations have not yet gone into effect and it remains to be seen what the outcome of the federal rulemaking process in this case will be.

If you or a loved one contracted an illness after exposure to toxic materials or chemicals, contact the Wilmington chemical exposure lawyers at Jacobs & Crumplar, P.A. From our offices in Wilmington and Georgetown, our skilled and experienced attorneys will fight to obtain the justice and compensation you deserve. We represent clients throughout New Castle County, Kent County, and Sussex County, Delaware. For a free and confidential consultation, contact us online or call us at 302-656-5445 today.