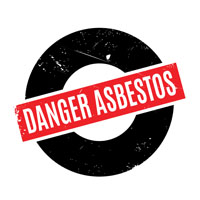 Delaware’s Supreme Court recently reversed a dismissal of a “take-home” asbestos case. This precedent-setting ruling overturned a Delaware law that protected companies from being liable to workers’ spouses. It also increased the liability to include companies that manufacture industrial process products.

The Court unanimously decided that an employee’s wife, who had frequently laundered her husband’s asbestos-contaminated clothes, had a valid toxic tort claim against the manufacturers that provided the products to his employer. Certain contaminants such as asbestos or lead can be absorbed into a worker’s clothing. If worn or taken home, it can expose other members of the household to the dangerous toxins. The clothes can spread small yet unsafe amounts of toxic material into the home. In this situation, repeated exposure to the contaminated clothing may have caused the victim’s cancer.

The original case was brought by the estate of the victim, who passed away in 2015 from lung cancer. Jacobs & Crumplar attorney, Raeann Warner, represented the Plaintiffs in the case. Court documents showed that the employee (the Plaintiff’s husband) made pipes and pipe fittings for a living, and regularly handled asbestos products at work. His wife was responsible for washing all of his work clothes, and this exposed her to asbestos.

Before her death, the victim sued two industrial product manufacturers, claiming that their negligence caused her disease. The Court originally dismissed the case, citing a Supreme Court precedent that maintained an employer was responsible to its employees only, not to their spouses.

On appeal, lawyers for the estate argued that worker should have been warned about the hazards of laundering contaminated clothing off-site. The defendants argued that the employer managed the workplace, and any changes to tort and liability standards could open the doors to a bombardment of asbestos lawsuits.

Chief Justice Leo E. Strine Jr. acknowledged that family members of workers exposed to asbestos on the job can suffer serious injury and even death as a result of take-home exposure. The ruling makes manufacturers responsible for providing employees with safe laundering directions, as well as downstream usage dangers. Chief Justice Strine added that it was “neither fair nor efficient” to protect employers that did not appropriately inform their workers about product hazards and their safe usage. Additionally, spouses who wash a worker’s clothing should be considered “foreseeable plaintiffs,” and as such, may sue for breach of care.

Asbestos exposure can lead to mesothelioma, lung cancer, and other deadly asbestos-related diseases. If you or a loved one has become ill from asbestos exposure, we can help with your case. Call a Delaware asbestos lawyer at Jacobs & Crumplar, P.A. at 302-656-5445 for a free case evaluation or contact us online. From our offices in Wilmington and Georgetown, we represent clients in Delaware, Pennsylvania, and nationwide.