Too Fast Vs. Too Slow Drivers 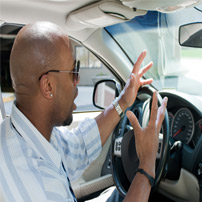 Although currently the legislature has not yet begun to study the issue, a resolution was introduced in the state Senate. The resolution was to study whether slower traffic in the left lane causes more accidents than drivers who are speeding on the same highway. That particular resolution, while it passed the state Senate unanimously, because it was introduced on the last day of the legislative session did not make it to the House. It will likely resurface when the legislature reconvenes.

If the measure passes, the Delaware Department of Transportation and Delaware State Police will be required to examine the issue more in-depth. While how they will study the issue is not yet known, it will be interesting to learn whether the majority of car accidents on Delaware highways are caused by speeding or driving too slowly.

How the police will categorize the accidents may prove difficult, especially if the accident involved a speeding driver and a driver who was meandering along in the left lane.

This is an interesting time to be studying this issue, especially since the number of driving deaths in the state of Delaware have been decreasing since 2015. In 2017 there were 110 traffic deaths in the state, compared to 120 in 2016 and 133 in 2015.

Additionally, out of 26,453 traffic crashes in 2016, speeding was a contributing factor in only 239 of them. Only nine of those crashes were fatal.

Further, out of the 120 fatalities that occurred in 2016, seven of them were attributed to driver inattention, distraction, or fatigue; whereas reckless driving or aggressive driving was a factor in five of out of the 120.

Therefore, there are about one hundred accidents where the causes were not distraction, recklessness, or speeding. This could suggest that better records need to be kept at the state level to determine why there were over 100 fatalities in 2016 not related to any of these prominent issues. It could, in fact, be that some of the accidents were related to too-slow driving.

After the legislature discussed this issue, some drivers weighed in and said that they do not move over from the left lane for faster drivers, since there is no current law requiring it. Some drivers felt that the real danger is speeding drivers who may make unsafe lane changes at high speeds.

A state police spokesperson said that speeding is a major concern along the state’s busiest highway, which is Delaware 1. Further, this is especially problematic during beach season.

Delaware Car Accident Lawyers at Jacobs & Crumplar, P.A. Help if You Have Been in a Car Accident

Whether your car accident was due to speeding, a slow driver, or distracted driving, the Delaware car accident lawyers at Jacobs & Crumplar, P.A. can assist with your case. Contact us online or call us at 302-656-5445 to schedule a free consultation today. We have offices conveniently located in Wilmington and Georgetown, and our attorneys serve clients throughout Delaware, New Jersey, and Pennsylvania.