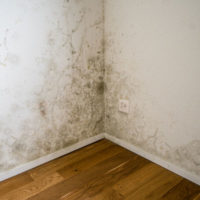 The New York Post reports that the city’s housing authority is way behind in dealing with complaints of toxic mold from tenants. For years the agency has been under siege for its failure to fix leaking buildings and pipes, including a 2013 class action suit by residents. In 2015, a Manhattan federal judge imposed a watchdog to monitor efforts to remedy the continuing mold problems.

What is Toxic Mold?

Mold itself is not toxic, but certain molds are toxigenic, meaning they can produce mycotoxins under the right growing conditions. Toxic mold is used to describe indoor air quality issues that are mold-related. Toxigenic molds have been linked to upper respiratory tract problems, asthma, and allergies. Anyone with reduced immunity may be particularly susceptible to infection from molds.

Mold spores are in both indoor and outdoor environments and will grow wherever there is excessive moisture. Spores grow well on wet cellulose materials, such as paper products like cardboard, ceiling tiles, and wood. Mold can also grow on paint, wallpaper, drywall, materials for insulation, carpet, upholstery, other fabrics, and even dust.

Common symptoms of exposure to toxic mold include:

These symptoms can be more harmful to people who have allergies or asthma. Large amounts of mold can induce severe reactions that include fever and shortness of breath.

Newly available data make it clear just how short the city has come in its effort to fix complaints of mold received from tenants in New York City Housing Authority (NYCHA) housing. NYCHA operates 174,000 public housing apartments in 316 developments. During a span of just three months, the NYCHA opened 100,760 work orders in response to complaints about broken pipes and mold, of which only 40,859 were fixed. During this three-month period, 30 percent of the requested repairs were never completed and another 28 percent of work orders were closed or canceled without any work taking place.

In an extreme case last year, an 83-year-old woman was found hallucinating in her public housing apartment by a case worker who had stopped by for a visit. The worker called the police who reported that almost 90 percent of the victim’s apartment was covered in one to two inches of black mold. The woman was taken to the hospital immediately.

In addition to continuing problems with toxic mold infestations, the NYCHA has been under fire recently as investigations uncover the extent to which the authority went to hide the presence of lead paint in its apartments. Exposure to lead is extremely dangerous for young children and can cause brain damage. Although city inspectors had conclusive evidence of lead paint in 34 public housing apartments, it appealed the findings instead of relocating the lead-poisoned children to safer surroundings.

If you suffered an illness from exposure to toxic mold or another toxic material, the experienced Wilmington toxic mold lawyers at Jacobs & Crumplar, P.A. are here to help. To schedule a free consultation, call us at 302-656-5445 or contact us online. Located in Wilmington and Millsboro, Delaware, we serve clients throughout Dover, New Castle County, and Sussex County.