How Should I Deal With Aggressive Drivers? 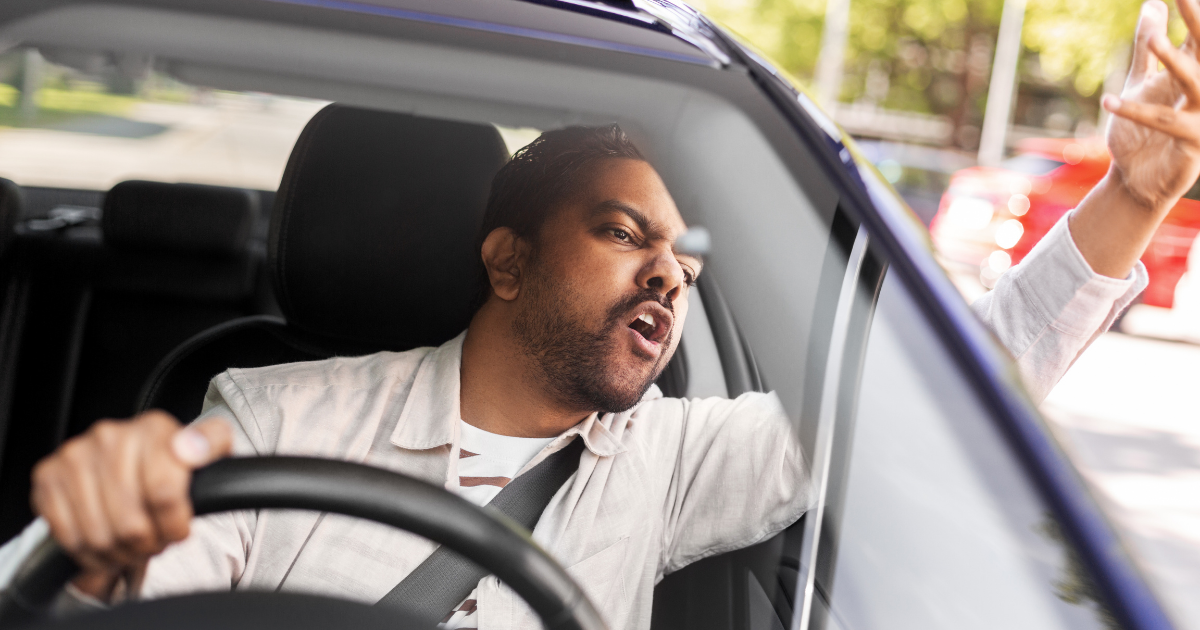 When drivers get emotional, the outcome could be deadly. A 2018 study by the AAA Foundation for Traffic Safety (AAA) found that 80 percent of drivers admitted to engaging in aggressive driving at least once during the past year. The study identified tailgating, hostile gestures with the hands, excessive honking, and yelling at other motorists as common forms of aggressive driving.

Get Away From the Aggressive Driver

You always should make sure you have your seat belt secured, and you should drive defensively at all times. If you see an aggressive driver, try to avoid making any direct eye contact with them. If the driver will not leave you alone and you have a cellphone, you could contact the police and report the aggressive driver as soon as possible.

You can describe the offending vehicle and provide its location and direction of travel to a police dispatcher. If you can get the license plate number, that could be a big help in holding the aggressive driver accountable for breaking the law.

Do not try to chase down the aggressive driver. Let the police handle the situation.

You should try to avoid confronting an aggressive driver at all times. A motorist who is willing to endanger others while behind the wheel is dangerous outside of the vehicle. If that person is armed, you could wind up suffering a severe injury. If you pull into a gas station, rest area, or another location, you should do your best to walk away from the aggressive driver.

What Are Penalties for Aggressive Driving in Delaware?

An initial conviction for aggressive driving is punishable by a fine of between $100 and $300 or up to 10 to 30 days in jail. Offenders must attend and successfully complete either a behavior modification class or a driving course focused on attitude adjustment. Subsequent convictions for aggressive driving within three years results in a suspension of driving privileges for at least 30 days.

According to the National Highway Traffic Safety Administration (NHTSA), the main issues that trigger aggressive driving include:

Delaware Car Accident Lawyers at Jacobs & Crumplar, P.A. Can Help You if an Aggressive Driver Caused Your Accident

An aggressive driving accident could cause you to suffer injuries and property damage. If you were injured in an aggressive driving collision, our Delaware car accident lawyers at Jacobs & Crumplar, P.A. can help. Contact us online or call us at 302-656-5445 to schedule a free consultation today. Located in Wilmington and Millsboro, Delaware, we serve clients throughout Dover, New Castle County, and Sussex County.