Mountaire Farms Focuses on PR “Clean-up” Rather than Agricultural Cleanup 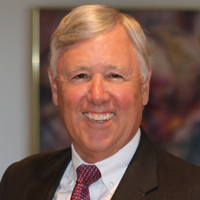 As lawsuits loom, Mountaire Farms is embarking on a public relations campaign to clean up its image rather than deal with the real fallout from the company’s dirty waste disposal practices and violations at its poultry processing plant. The Millsboro-area poultry giant is now using television, radio, and newspaper ads to soften its image, and to deflect attention away from substantiated claims that the company has created dangerous toxic conditions in area groundwater.

Mountaire Farms processes approximately two million chickens every week. The plant has been cited for dozens of violations by Delaware environmental regulators. Those violations include spraying highly contaminated effluent on the surrounding countryside. That waste contained more than 5,500 times the legal limit of fecal coliform and more than 41 times the legal limit for nitrogen.

Naturally, area residents are outraged that their water has been polluted, and that their health has been and will continue to be at risk. Attorney Thomas Crumplar, a member of the legal team representing dozens of the residential neighbors of Mountaire Farms, has filed suit on local residents’ behalf based on years of repeated violations by the poultry processer.

In recent years many area residents have experienced a variety of health problems that are believed to be connected to the groundwater pollution. The elevated nitrate levels caused by the plant’s dissemination of waste pose a threat to the local population, and an even more dangerous threat to children under six months old. When ingested, as it has been in the area for many years through the drinking water, nitrate is completely and quickly absorbed from the upper small intestine, and then distributed throughout the body. High rates of nitrates can cause a sometimes-fatal blood disorder in infants under six months of age.

Other potential adverse health effects of nitrate contaminated water include thyroid malfunction, gastrointestinal malfunction, congenital malformations, cardiac disorders and malfunction, inflammatory reactions – including asthma, and more. One local resident died after suffering an acute asthma attack, having been subjected to odors and air pollution caused by the poultry plant. In addition to health complaints and the complete upheaval of their daily lives, residents are also suffering from diminished property values.

If you believe you have been affected by Mountaire Farms’ contamination, or if you wish to discuss an unrelated matter, please contact a Delaware toxic tort lawyer at Jacobs & Crumplar, P.A. by calling 302-656-5445 or contact us online. The firm represents clients in upstate and downstate Delaware from their offices in Wilmington and Georgetown, Delaware.

To read more about this case as reported by Delaware Online, click here.